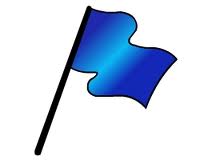 House Names.
By Mishaal Khan.
After a series of house meetings, our four school teams have amended their names and hence, I'd like to present to you:


The whole concept of being divided into house teams, with different names, is to promote the spirit of healthy competition amongst peers and instill in a value of working hard to gain house points for the team.
It's all about putting in an effort, participating in all school events (sports, Read For A Cause, etc) and knowing that you've done your best by taking an active role in activities.
"The expert in anything was once a beginner and that's why we teach our students not to worry about anything but learning the game and enjoying it simultaneously." 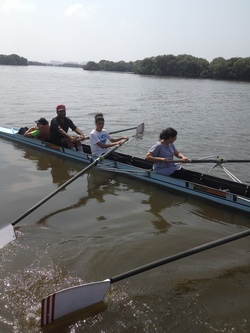 Five new members have joined the Links rowing team and they are very enthusiastic about the sport. They put a great amount of effort at the club and are showing a lot of potential. They will be performing in the up-coming Regatta and Links wishes them the best of luck.

HEAD ROWER- Saif Rizvi  has taken active part in the Links rowing team for the past one and a half years. He is a keen learner and a skilled rower. He plays an important role as a leader , guiding his crew and assisting them with any obstacles they face. The Links rowing team is looking forward to their first Regatta and Saif is very determined to bring it home for Links.

Raamish Amir is a fast learner and a confident rower. He has joined the Links rowing team this year and is making great progress. Its his last year here at links and we hope he brings home some gold.

Hunaina Khan has joined the links rowing team this year and is a good learner. She has a very consistent rowing style and a fine grasp of the sport although its her last year here at Links we wish her the best of luck in the future.

Hiba Ahmed is making great progress in learning the art of rowing. She has joined the rowing team this year and she is a strong rower with great stamina. Regardless of the difficulties she faces, Hiba is determined to overcome all problems and do her best to learn. After all, it's all about learning and enjoying!

Jehanzeb Sheikh  He immensely enjoys rowing. He may have just started rowing but he's learning at an advanced pace. Our resident singer/rapper's talents aren't limited to singing only but in fact, is a natural at rowing too. Way to go, Jehanzeb!

Hamza Amir is an enthusiastic learner who is absolutely eager to learn. He never takes no for an answer and is ever willing to work hard. We're happy with his progress and hope that he improves further.

Malaika Jamal is a keen learner who likes rowing. She enjoys what she does and hopes to improve as much as she possibly can.

Sofia Farooqui, like all our other rowers, enjoys rowing and participates in activities to ensure that she improves and learns all that she possibly can. 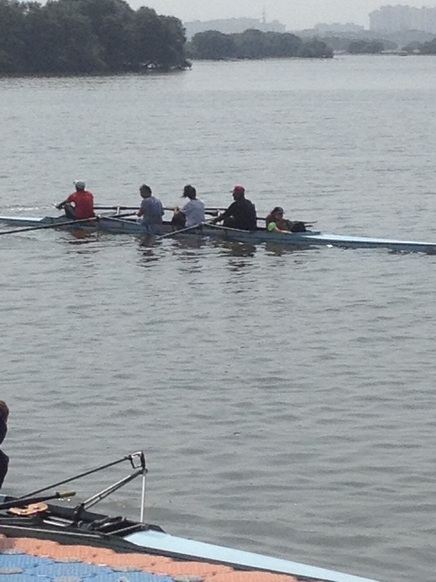 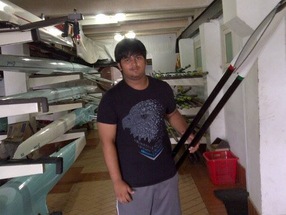 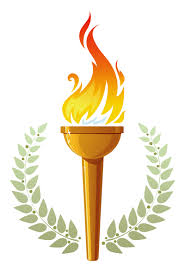 The Olympic flame , a symbol of the Olympic Games was lit in Ancient Olympia in Greece on Sunday 29th September 2013 and began its journey towards the opening ceremony of the Sochi (Russia) 2014 Olympic Winter Games, which begin on February 7.

Under the bright midday sun , actors in Ancient Greek costumes summoned the god Apollo in the ruins of the 2,600-year old Temple of Hera, using a parabolic mirror to harness the sun’s rays to light a flame on the torch for a relay that will take it around Greece , Russia and for the first time in space!

President of the International Olympic Committee Thomas Bach, as well as the Head of the Sochi organising committee, Dmitry Chernyshenko were present at the ceremony .

“The Olympic flame should be an inspiration for millions of people throughout the world,” Bach told the thousands of spectators.

“The Olympic relay represents the values of friendship without any form of discrimination,” he added.

After thanks to the God Apollo, “king of the sun and the idea of light ” , the flame was handed by high priestess Ino Menegaki to the first relay, Greece’s 18-year-old Alpine skier, Ioannis Antoniou.

He then passed it to 28-year-old Russian ice hockey superstar and Sochi 2014 Ambassador, Alex Ovenchkin, who had said that “this is a once in a lifetime opportunity and something I will never forget.”

The ceremony marked the start of a week-long torch relay, which will take it to 20 Greek towns before it arrives on October 5 at the old Olympic stadium in Athens . The flame will be received by a Russian delegation at night time ceremony and will be carried through 83 Russian regions before arriving in Sochi for the opening ceremony on February 7 ending a 65,000-kilometer journey.

It is due to travel to the International Space Station that the torch will be taken into space for the first time and will make history .

The swimming try outs were held on 24th September 2013. We received a message to come at  4 o'clock sharp. My sister and I  packed our swimming kits and sat in the car to go to where the trials were being held.

We all got ready for swimming and Miss Yasmeen Saeed arranged us to compete class-wise as well as age-wise. We started with the prep students.  The teacher called them and told them to do freestyle and after they completed their round, so did Classes 1 ,2,3,4 and so on.

I came third in my race and then it was my sister's race where she also came third!.

It was so much fun. We enjoyed the event very much!

Swimming, like any other sport, is not about winning or losing. It is all about learning something. We participated, tried our best and that's good enough. After all , we must win with dignity and lose with honour.